2020 sees Artsreach celebrate 30 years of providing Dorset's rural communities with access to a wide variety of professional arts experiences, including theatre, music, dance, puppetry, circus and more, from both national and international performers.

This summer, Artsreach is delighted to be working with Shakespeare's Globe on Tour to present three performances of some of Shakespeare's best known works here in the County.

This is an exciting opportunity to see the performing company of this iconic theatre performing live and on your doorstep. We hope that you will be able to join us at one or more of the events to celebrate thirty years of Dorset's touring arts charity.

How did a company tour in Shakespeare’s day? We know that when the theatres closed, a small group of actors, juggling a variety of roles in three or four plays from their extensive repertoire, would leave London and head off on tour...

Following in the tradition of their resident playwright, Shakespeare’s Globe present a trio of plays exploring the city and the places beyond the city walls. The plays will be performed as a touring production would have been staged in the 17th century, with a stripped back set and a small, versatile troupe of actors.

Taking on multiple roles across all three plays – A Midsummer Night’s Dream, As You Like It and The Tempest – the talented cast will unravel these tales of lovers, exiles, dreamers and wanderers.

Taking place in the stunning setting of Bridehead, Littlebredy, tickets for all three open-air performances will go on sale at 9am on Thursday 23 January. 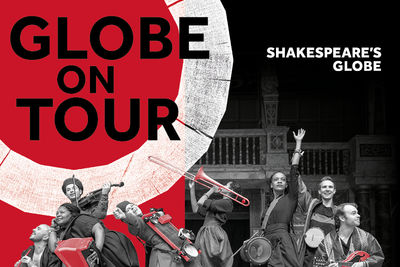