Littlebredy is about a mile south of the A35, roughly half way between Dorchester and Bridport.

From the east (Dorchester) turn off the A35 at the first left turn after the Winterbourne Abbas de-restriction sign. Bridehead is waymarked by green directions signs with arrows from this point. The driveway entrance to the house is on the left at the foot of the steep hill down into Littlebredy.

From Bridport, turn right off the A35 exactly at the end of the second dual carriageway (signed Longbredy). Once in Longbredy village, take the left turn towards Littlebredy. Follow this minor road and the Bridehead entrance (marked) is on the right, shortly after you pass the Church on your right hand side. Alternately, continue on the A35 till the next right turn, which is the turning described in the above paragraph and will be marked with a green Bridehead arrow sign.

There is ample parking at Bridehead, but it is in a field a few yards from the house, so practical footwear is suggested if the weather is wet. 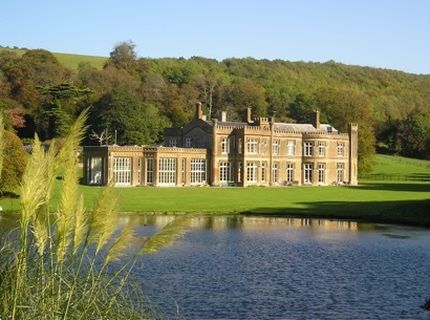