Artsreach has worked with poet Liv Torc to creatively celebrate Dorset’s outstanding local food and drink producers, and to thank those who choose to shop locally, particularly since the impact of the Covid-19 pandemic. The poem was captured on film and released online on Monday 9 August at 11am.

Dorset is well known for being home to some of the UK’s most outstanding local food and drink producers, and many of these are embedded within communities across the county who also partner with Artsreach, Dorset’s rural touring arts charity who for over thirty years, have worked with local community volunteers to host professional performances in venues such as village halls.

Commissioned by Artsreach, with the support of Dorset Food & Drink, ‘Dairy Cows and Dorset Knobs’ has been written by southwest based performance poet Liv Torc, who then spent time travelling around the County with filmmakers Pageant Productions, performing the poem in various locations and at numerous food and drink producers’ sites to bring the poem to life on screen.

The poem has also been printed on a postcard, which features illustrations by local artist Delphine Jones, and this is available to pick up from various Dorset Food & Drink outlets across Dorset, or by contacting the Dorset Food & Drink team directly. 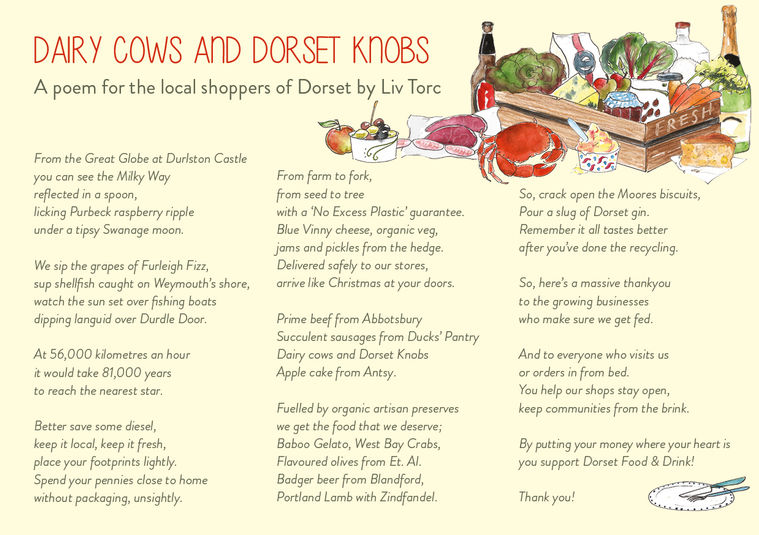 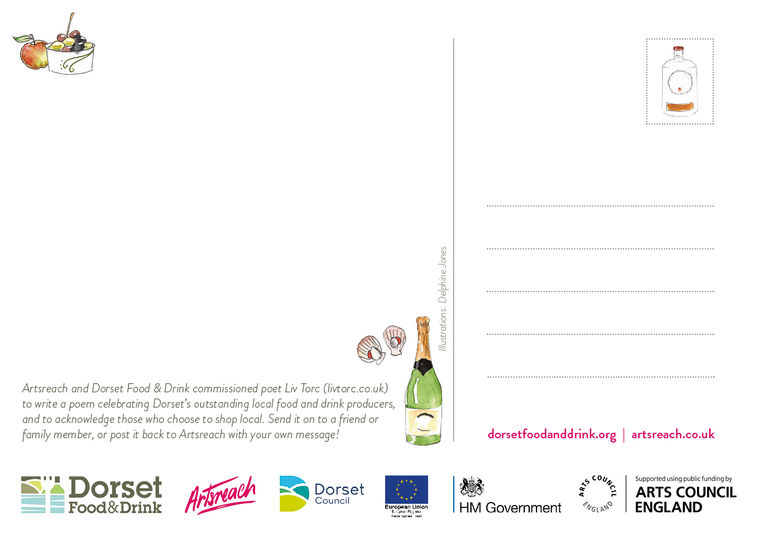