Tales From The Village- HALSTOCK

Life in Halstock, Dorset in the 20th century as recalled by members of the community

Fifty years ago the life of the village entered around the church, the school and the farms. Families were generally much larger and when the school bell rang at 8.50am children hurried to school on foot and in all weather conditions from all over the village.  School was popular, especially the craft lessons and the daily visits of the Rector who took the scripture lessons.

The children liked singing in the choir and pumping the organ.  Each year there was a Sunday school outing to Weymouth which was joined by the children who attended the gospel hall.  This was a great treat!

There was no electricity or piped water in the village.  One lady remembers drinking water being carried home each evening by her uncle from his work at Havant Farm.  The water for cleaning purposes came from pumps shared by several cottages in the village.

Many of the houses in the village at that time were thatched and there was plenty of work for the two thatchers on roofs and ricks. There were many farm workers in those days and, of course, horses but very few cars.  Shopping trips to Yeovil were made in a pony cart or on foot.

In 1927 we lived in Rose cottage, Adams Green.  It was a typical Dorset thatch and cob, two up and two down cottage with a bread oven in the large fireplace and a chimney that went straight up so that the raindrops would make the fire spatter.

Most of the cottages had a well or a share of a well.  Water was very important on the hill in the early days.  In a very dry summer, the wells would get very low and the water was not fit to drink without boiling and straining it first. About 100 yards behind Rose Cottage was a square put which stored water from a small spring.  This was used for livestock and for washing.  Garden ditches were stopped unto form a dam in spring to water the vegetable plot.

The road was flint, chalk and gravel in those days and there was very little motorised traffic.  Lady Lilian Digby used to drive a pony and trap even though she had a large car and chauffeur.  My great grandmother Kitty abbot and great aunt Bess would curtsey as she went by if they were out by the gate.   If she was going downhill she would stop and exchange pleasantries- she was always addressed as 'Mi'lady'.  She couldn't stop on the way up the hill because the pony would have difficulty starting off again, so we would be acknowledged by a lift of the whip and a nod.

With thanks to David Wright of Halstock, who has given us permission to use excerpts from The Halstock Memories Project. Please contact us if you've like to know more about the project or hear the original recorded memories. 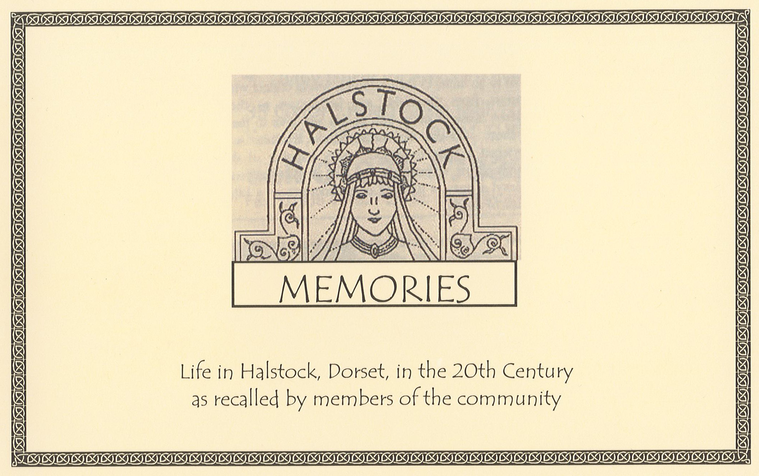