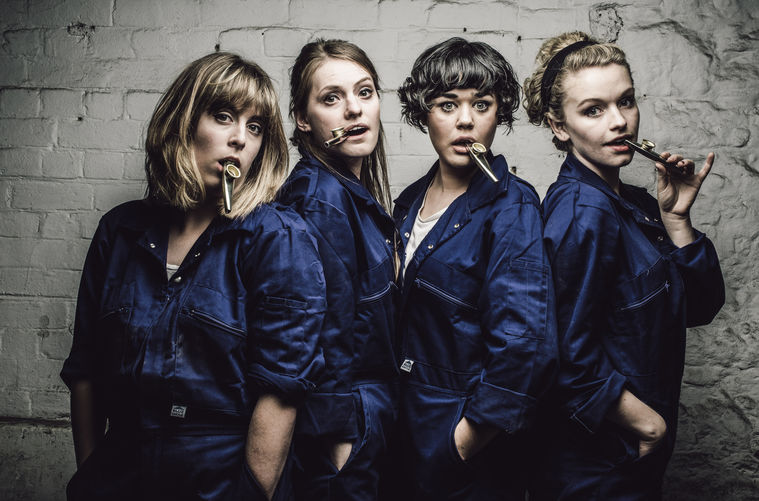 The group will be performing their hit show 'Great Train Robbery' in Winterborne Stickland and Stalbridge this March, and we caught up with Alice, Laura, Hanora and Sian ahead of their Dorset tour...

Tell us a bit about how Scratchworks Theatre Company was first formed?

Scratchworks is an Exeter-based company formed in 2013 after all four members graduated from Exeter University. We came together because of our love for creating imaginative, playful and original theatre in a collaborative way.

What inspired you to create the Great Train Robbery?

We came across the story of the Great Train Robbery & thought the heist genre would be really fun to play with. Then as we began to research the true events of 1963, we learned that of the 15 robbers in this famous heist, there were four that never got caught... and there was four of us! We realised we could make these characters whoever we like, and what happened to them...whatever we liked. The gaps in the true events gave us so much to play with. In our version of events these missing thieves are four cleaning ladies who are hired to clean the robbers' hideout, but end up getting away with a large portion of the loot! So while the show is (quite thoroughly) based on fact, we had tremendous fun adding in our own fictions. The heist genre in film & television has always been quite male dominated (until very recently), so we were really excited to create a heist story where four women were at the centre of the action.

What can we expect from the show?

Great Train Robbery is a fun, fierce & fast-paced adventure story. The show is full of slapstick comedy, live music and inventive storytelling. Using only a small bucket of cleaning products, we recreate high-speed chases, fight sequences and all the hallmarks of a classic heist using our highly visual, comic style.

Did you write the show with rural touring in mind?

Originally the show was commissioned by New Model Theatre for a pop-up event taking place in Plymouth in 2015. We then got chatting to Mark Wallace who runs Beaford (North Devon's rural touring network) and he felt the show was ideal for rural touring. We didn't even know what rural touring was back then! With advice & support from Beaford, we re-developed the show and we have been touring the show to rural communities since 2016.

Rural audiences are the most warm & welcoming you can get! We always love the atmosphere of a show in the heart of the community where everyone knows everyone. We also LOVE a good homemade quiche.... We have met so many lovely hosts over the years who have welcomed us in and treated us to some very lovely meals. That kind of hospitality is something you just don't get at a big theatre venue! 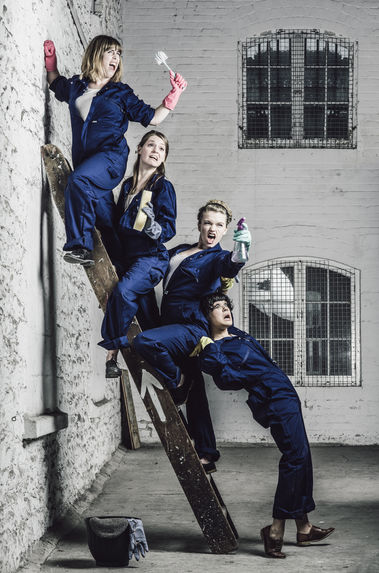 What’s the most unusual venue you’ve ever performed in?

St Thomas's Hospital!!! The show only requires a simple bucket of props so we can virtually take it anywhere!

What advice would you have for new theatre companies starting out?

Make a show! Perform it somewhere! Local fringe festivals or scratch nights are really good places to test out material. Gather feedback from your audiences and keep developing your work. But it’s important to remember that no one sets out to create a bad show. You have to go through the process of making a show to figure out where your strengths lie and how you work as a team. You get through difficult moments, somehow, by solving problems and that’s where you learn who you are as a company.

Our shows are never finished! We are constantly tweaking, adding and changing things, even after a show has been on the road for several years. If we find something new that make us laugh, we stick it in.

We are creating a trilogy of comedy show about the unwritten stories of history. Great Train Robbery is the first in the trilogy and we have just finished making number 2. It's called 'WOMANS (Like Romans, but with a 'W') and is set in 44BC Ancient Rome. This show was specifically designed for rural touring from the outset and has already been to North Devon & Cornwall this year. We're excited to share it with more rural audiences very soon!

This summer we'll be completing the trilogy and making show 3 with support from Beaford once again. It's really exciting to have such momentum for this type of work and we hope audiences will keep coming back (like a Netflix box set) and want to see all three!