In The Spotlight with Bristol Old Vic's Izzy Coward

Bristol Old Vic Theatre School is one of the most successful drama schools in the UK, with notable alumni including Olivia Colman, Daniel Day Lewis and Jeremy Irons.

This month we're delighted to welcome its talented students back to Dorset as part of their annual West Country tour, which this year is a colourful and energetic adaptation of Geoffrey Chaucer's beloved collection of stories The Canterbury Tales.

We caught up with second year BA acting student and Canterbury Tales performer Izzy Coward to find out all about the tour and what life is like as a Bristol Old Vic student... 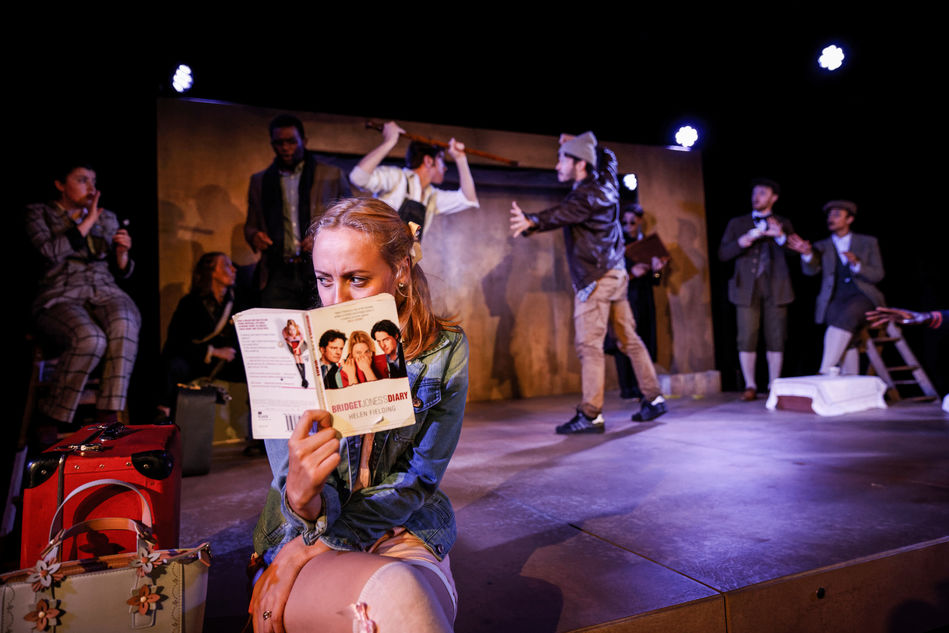 What Made You Want To Audition For Drama School?

My drama teacher in sixth form suggested the idea to me! Before that I didn't really know drama schools were a thing. But the idea of being able to do what I love and train to a high standard seemed perfect.

What's been your favourite experience at Bristol Old Vic Theatre School so far?

Earlier this year we had a devised project where we made our own piece of theatre. I've done devising in the past, but this piece was so connected to the individuals within our class, It was personal and our stories were told beautifully through a blend of physical theatre and naturalism, all crafted and created by ourselves. It was a fantastic journey. That and being able to have stage combat classes outside in summer time!

What can we expect from this adaptation of the show?

Lively, colourful characters, ballads, humour, scandal, sea shanties, queens, knights, and lots of suitcases. If you've never read Chaucer before (or even heard of him!) then this show is a fantastic place to start.

Tell us a bit about the character you play

I play Margery Reeve. She's a young wife to a much older husband. While she's loyal to him and is learning to love him, she's got a taste for adventure and is looking for a bit of fun while on the long road to Canterbury. She likes to read and her husband isn't always impressed by her choice of literature. Oh, also she LOVES pink. 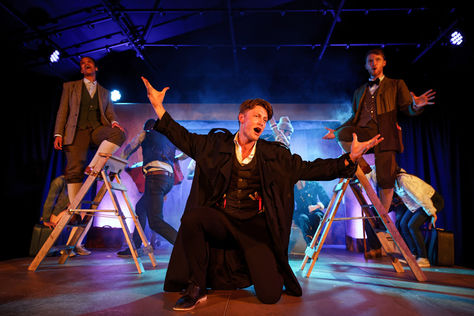 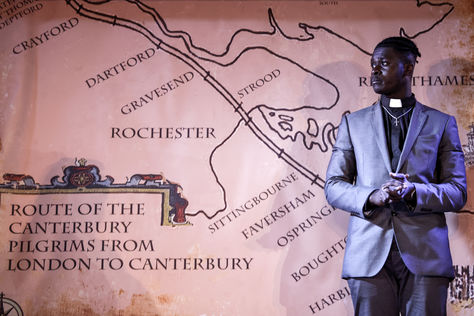 What's been the biggest challenge for you about taking on your role?

We play multiple characters so a challenge for me has been ensuring they're all noticeably different from each other, even if their characteristics are similar. Making strong choices and offers during the rehearsal process helps and doing your own work at home. Changing accents is always challenging too!

The people! I come from a small town myself and I love chatting to people so meeting the locals as well as all the lovely volunteers and staff who help put us up at venues is a treat. They're always up for a natter and it's so lovely to learn about each individual place we get to travel to. Also, scouting out the best tea shop to go to is a must!

Do you get nervous before a performance and how do you prepare beforehand?

We always do a physical, vocal and singing warm up together as a cast before each show. Outside of that it's up to ourselves to do what we need. I'll normally put my headphones on and play some music while getting into costume and makeup. Drinking lots of water as well during a show is great, and bananas for energy! We're so busy right up to the start of the show you don't have time to get nervous but just before I go on there is always that jolt in my stomach. But it means that I care about what I'm about to perform and I want to do a good job! As soon as I'm on stage though the nerves disappear.

What's the most unusual venue you've ever performed in?

I've done a fair bit of outdoor theatre and you often end up in odd places! I've performed in a hammock, on a float in the middle of a lake, locked in a cage and up trees! All the world is a stage if you really want it to be. 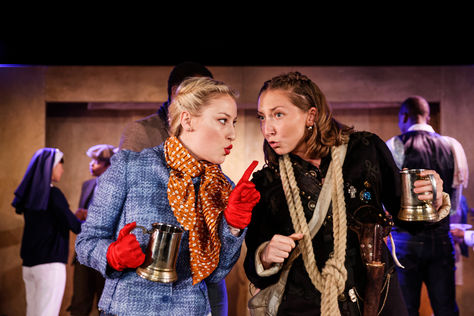 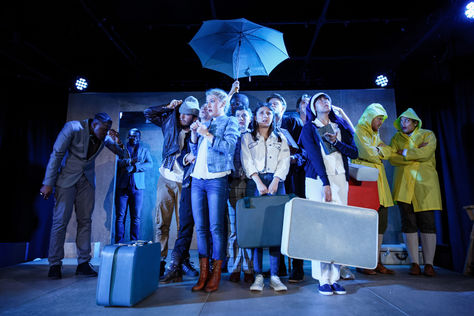 What's the best production you've ever seen and why?

I saw National Theatre's 'Twelfth Night' when it was streamed live to cinemas. It was such a fantastic telling of the story and put a real spin on which characters we were supposed to feel sympathy for. The set and costume were fantastic. It was a great play visually and emotionally.

Any advice for actors just starting out?

Local theatre! It's a great way to get into bigger things and you can make some amazing contacts as well as learning a lot. You could look into youth theatres, classes, courses or auditions - it's never too late or early to get started. If there aren’t any theatres near you then make your own! All you need to start is an idea.

I'm up at the Edinburgh Fringe in August with some of the cast of Canterbury Tales. We’ll be performing a piece called 'The Ruff Guide to Shakespeare'. It's my first time performing at the Fringe and I can't wait. Then it's back to school for our final year. And then? Who knows!