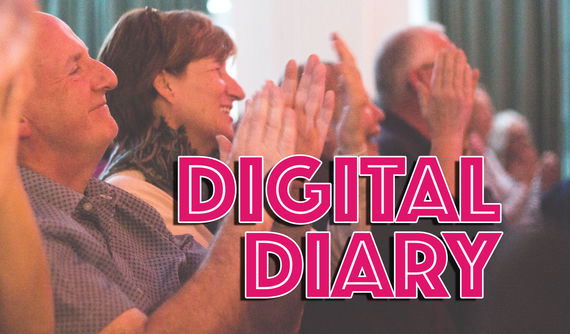 Whilst we aren't able to welcome touring performers to our community venues at present, many of them are working hard to keep in touch with us all releasing lots of lovely creative content online. Here we pull together just a few of the things we have found taking place digitally over the coming days and weeks that you might like to connect with:

Symphony of the Countryside 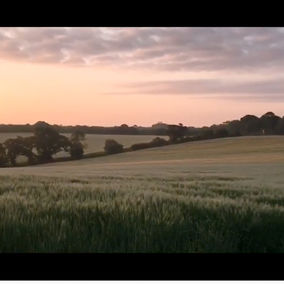 'Symphony of the Countryside' captures the images, words, music and sounds that make up our rural landscape, featuring content collected by rural touring schemes across the country including Artsreach in Dorset. Armed with cameras and smartphones, volunteer promoters from across the UK captured sound and video content from their communities during the March 2020 lockdown. These were stitched together by filmmaker Gemma Wearing to create a visual landscape overlaid with music and poetry. 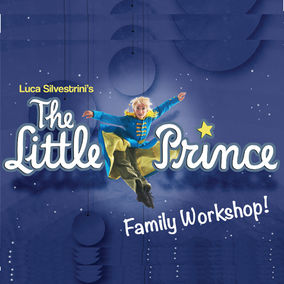 Entertain the little ones at home with Protein’s fun and fast-moving workshop inspired by their award-winning show The Little Prince! Join performers Faith and Andy as they lead and present 20mins of dance and movement exploring the world of the Little Prince. Grown-ups are welcome too as it’s fun for all ages! Find out how the Little Prince spends his days on his tiny planet and how, after journeying across the universe, he eventually meets the charming Fox. 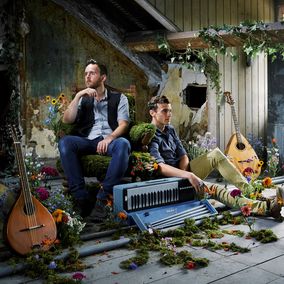 Award-winning Dorset duo Ninebarrow are celebrating the launch of their fourth studio album A Pocket Full of Acorns by fulfilling a long-held wish to address their carbon footprint. In the week leading up to the album’s release on March 5th, Jon and Jay will lead a working party in the planting of 1,000 native English trees and 200 shrubs to form ‘The Ninebarrow Woodland’.

Find out more and tune to the concert here

Adverse Camber: 4 Tales to Save the World 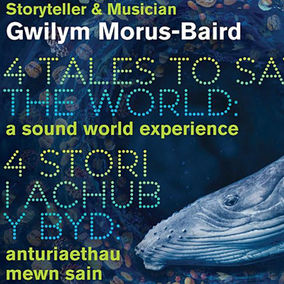 Immerse yourself in four sensory sound worlds with 4 Tales to Save the World; a brand new storytelling sound experience from Adverse Camber which has been made into a limited edition Box Set, created and recorded by Welsh singer-songwriter and storyteller, Gwilym Morus-Baird. This work draws on specially commissioned tales from four of Wales' leading short story writers and features original music, creating four worlds that imagine a future Wales following climate crisis.

Telephone Theatre: You Don't Know Me But... 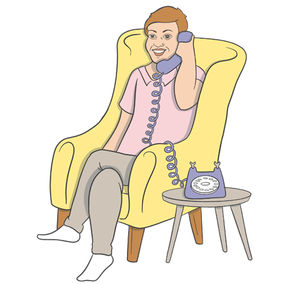 ‘You Don’t Know Me But…’ is a new Telephone Theatre play, written and performed by winning theatre maker Sophia Hatfield and directed by Olivier Award Winning Theatre and BBC Radio Director Gwenda Hughes. This intimate one-woman audio play is performed live over the phone, giving audience members a unique and moving theatre experience in their own homes at a time when live face-to-face theatre performance is not possible. Various dates and times available. 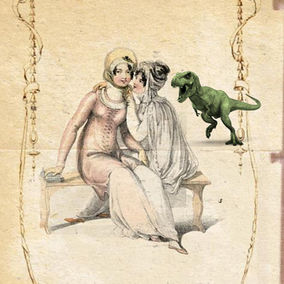 “It is a truth universally acknowledged that an audience worth it's salt must be in want of a Jane Austen themed farce performed via video conferencing software.” Well pop on your bonnets and whip out the barouche-box – that is exactly what's happening! Anonymous Is A Woman & Three’s Company present 'Nonsense & Sensibility', with dances, bridge, unwanted proposals and digital backgrounds – and a little palaeontology thrown in for good measure, all on Zoom! Expect corset-breaking laughs both for fully-paid-up Janeites and those a little Lost In Austen. Like Bridgerton but with more dinosaurs. Writer Tom Crawshaw is the winner of the Cameron Mackintosh New Writing Award. Thur 25 and Fri 26 March, 7:30pm - tickets £10 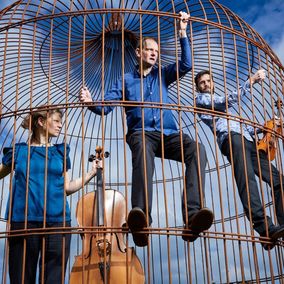 Take a listen to the second podcaast from acclaimed storytellers, The Devil's Violin. Through music and spoken word, The Devil's Violin retell one magical adventure over five ten-minute episodes. In the best tradition of both Scheherazade and Eastenders, each episode will end with a cliffhanger. Be warned, The Thief's Tale is definitely one for the grown ups! Be prepared to be charmed, thrilled and chilled... 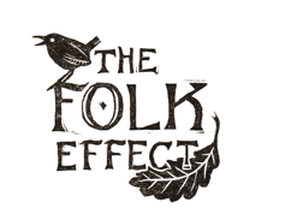 The Folk Effect is a free, online, high-speed music-writing event programmed over six days. Five folk bands from across the UK will each have twenty-four hours to write a new song directly inspired by the one created and live streamed the day before in a celebration of creativity and togetherness. 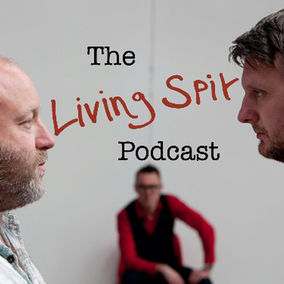 Artsreach favourites Living Spit have launched a podcast! Howard and Stu (and the occasional special guest) look back at past shows and discussing a whole host of things from how they were conceived, to tour stories and more, all with a dose of their usual humour! Tune in and listen for yourself.

Listen to the Living Spit Podcast 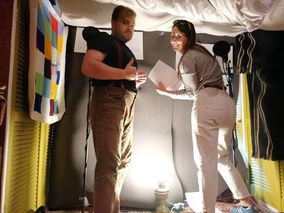 Cornish company 'Owdyado Theatre have been providing work for writers across the UK with a new writing competition, Twisted Tales in Lockdown, and creating an epic series of short audio plays for you to enjoy from... well anywhere really... you can listen to them whenever you like on 'Owdyado's new website...

Listen to the Twisted Tales here 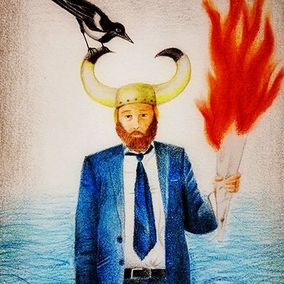 Award winning storyteller James Rowland has toured his SONGS OF FRIENDSHIP trilogy - Team Viking, A Hundred Different Words for Love and Revelations to Dorset in recent years. Now James has released  a unique audio series based on the shows.

Listen to the audio series here