THE MILL ON THE FLOSS

STUDENTS at the Bristol Old Vic Theatre School brought their developing skills to Dorset with the support of Artsreach in a dramatic production of George Eliot’s powerful novel written in Victorian times but which still speaks to modern audiences.

A cast of fourteen gave powerful voice to the complex tale of sibling squabbles, family financial troubles and unrequited love as the story of the impetuous Maggie Tulliver unfolds from her challenging childhood to a troubled adult world where her love of her brother Tom is the constant beacon which never dims. 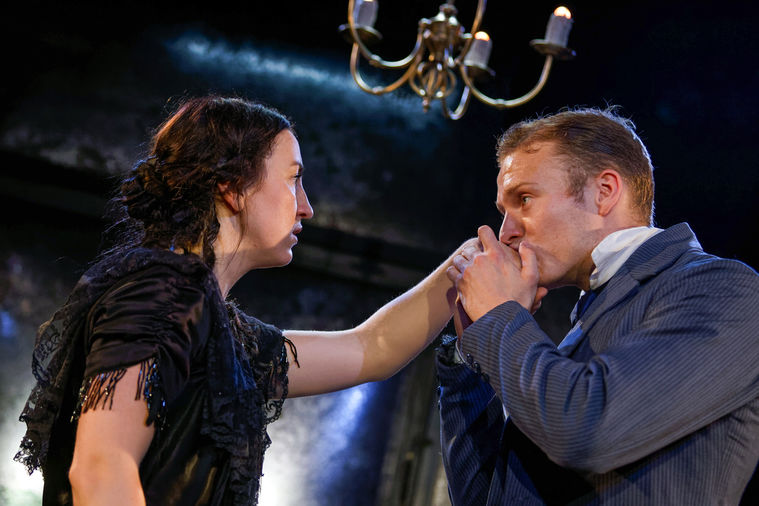 This adaptation by Helen Edmundson is imaginatively constructed in a fast-moving drama under the direction of Paul Clarkson that required the cast not only to portray their characters but also to construct the scenery and simple stage props in the ever changing action that takes the audience from town to country and from elegant drawing rooms to river torrents.

The young would-be actors bring energy and volume to an emotionally moving production which nicely portrays social issues of the 1850s  such as female suppression, class distinction and disability issues, all of which still have a poignant message for today’s generation.

There is a further performance at Sturminster Newton on July 4th under the auspices of Artsreach and if the Frampton showing is anything to go by, a full house is almost certain and quite right too.