This August we're excited to be welcoming eclectic five-piece band Kabantu to Dorset. Originally hailing from Manchester, this vibrant young band unravel new marriages of music from around the globe. We caught up with the band for a chat ahead of their Dorset tour... 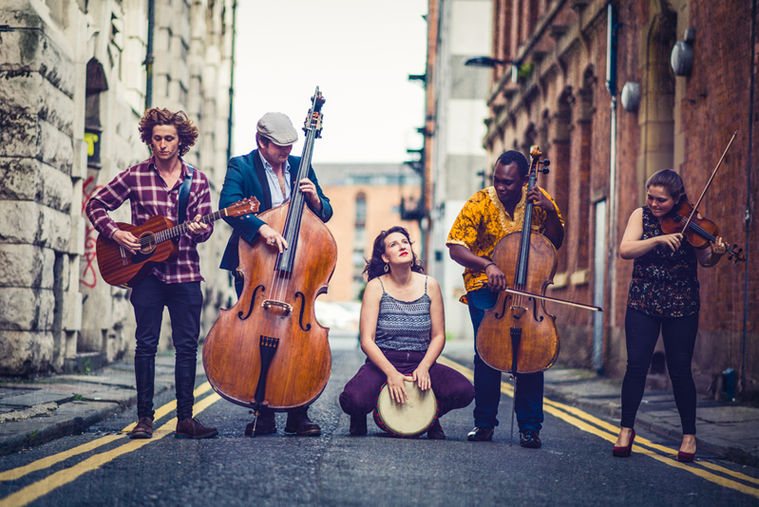 It’s a pleasure to be welcoming you to Dorset next month. Tell us a bit about your individual musical backgrounds. How did you all come to meet and form Kabantu?

We met five years ago studying at the Royal Northern College of Music. We formed Kabantu out of a love of music from around the globe and felt that as musicians, the music we create should be more inspired by our chosen listening lists. In a playlist culture of YouTube, Spotify listening is so much easier diversify and we wanted to expand our musical reach beyond the remit of the classical world. Katie our violinist is originally from Edinburgh and Abel our cellist is from South Africa so their traditional cultures have a strong influence on a lot our music.

Tell us about the meaning behind your band name.

Folk music is all about story-telling; Kabantu translates as “of the people”, based on the South African philosophy of “ubuntu” – “I am who I am because of who we all are”. We have just worked on a project called Making Manchester which focuses on the diversity and genealogy of Manchester inner city schools and the intergenerational stories of migration, we feel that music and the tradition of how it is used as a tool to reflect the narrative of the current world around us to pass onto future generations is very important, particularly within the political environment of the UK. Without a story, we only record these life-changing moments through cold, empirical data, which doesn’t accurately reflect the emotional reality of these intercultural exchanges, potentially dehumanising the international process of change. The importance of empathy and recognising what unites rather than separates us, is for us on a musical and sociological level, crucial in this day and age.

Individually you are all extremely talented and versatile musicians, playing a wide range of instruments and bringing different musical styles to the band. How would you describe your collective sound?

It’s been an exciting year for you since launching your critically acclaimed debut album ‘Of The People’ in 2018, recorded by the Mercury-nominated producer Gerry Diver. What have been the highlights of your career so far?

Highlights include the BBC Proms broadcast on BBC Radio 3, BBC Free Thinking Festival at Sage Gateshead, 2 tours to Switzerland, Orkney, Shetland and Cambridge Folk Festivals and being guest artists on YolandDas Band Jam which is broadcast frequently on CBeebies!

You’ve touring the UK festival circuit this summer, what’s the most unusual venue you’ve ever performed in?

In March we performed in the Cutty Sark, currently moored in London on the banks of the Thames; it was the fastest ship of its time to sail across the globe. Our stage was in the bowels of the famous boat, surrounded by a choir of statues and the BBC Singers with whom we were collaborating. That was pretty surreal. 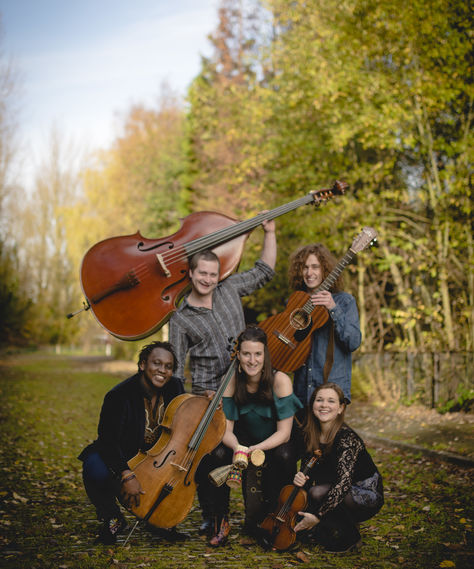 What can we expect from your two Dorset performances?

Our aim is to be the act that completely inspires audiences and makes them trust in the creative programming; we want to be that piece of totally non-generic magic that everyone is looking for as a music lover who becomes the talking point and ultimately makes audiences come back.

Have you experienced rural touring before or is this a slightly new venture for you?

Yes we toured with Beaford Arts who are based in Devon last year and loved it – one of our favourite gigs we have ever done was a part of this tour, where we played in an open barn, everyone sitting on logs as a spectacular sunset provided the most beautiful setting for our music.

What advice would you have for new musicians just starting out?

Figure out what music feels true and authentic to you and your ethos and worry about the genre/”title” later.

What’s next for Kabantu?

We have a TedX Talk at the Sage Gateshead, a headline performance at Luxembourg’s Philharmonie Hall, Guest Artists at the Royal Northern College of Music Day of Strings and an orchestral collaboration with the Manchester Camerata coming up. We have recently been recording a lot of our concerts, so a live album release is potentially in the pipeline.

Kabantu perform in Dorset on Friday 9 and Saturday 10 August.

To find out more & book tickets, click the image below: 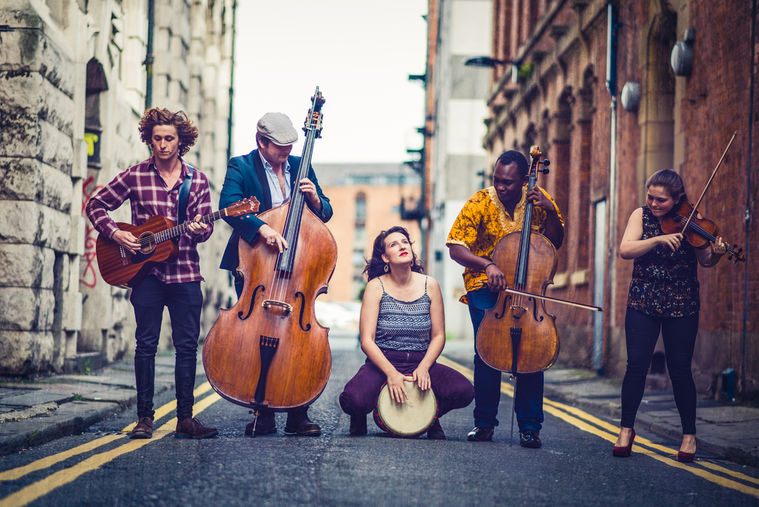