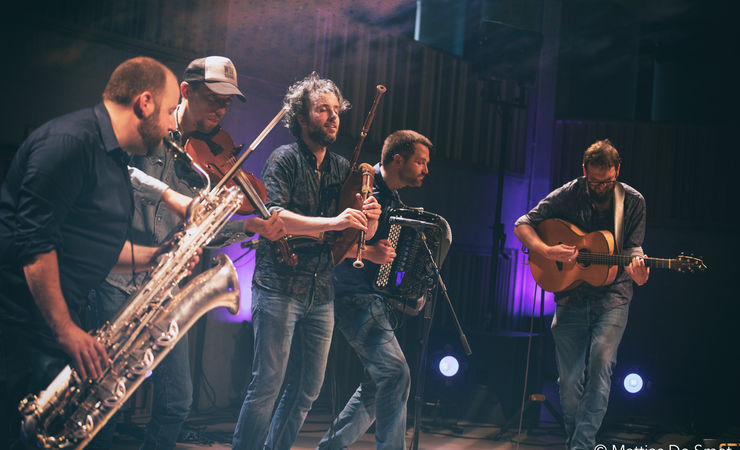 If it sounded good then, why not today?!

Almost 300 years ago, some musicians from around Antwerp, Brussels, Gent and Leuven decided to write down their favourite music. As time passed, however, the paper turned yellow, the ink began to fade, and the music itself was left to gather dust along with the faded manuscripts.... that is, until now!

With their finely textured arrangements, WÖR injects new energy into 18th century tunes from the Flanders region of Belgium.

Performing on an array of instruments including saxophone, violin, bagpipes, accordion and guitar, this energetic young band shines an inventive spotlight with a modern twist on tunes from these manuscripts. Simply unmissable!

* Take part in an instrumental workshop with WÖR in Winterborne Stickland on Saturday 8 February.

Support for this show is provided by the General Representation of the Government of Flanders in the United Kingdom.