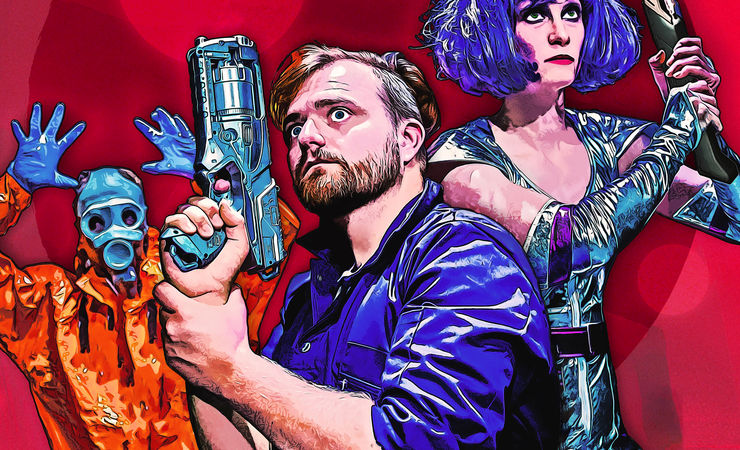 Deep in space the crew of the Fortuna are searching for extra-terrestrial life but the ship is malfunctioning, a strange infection is spreading through the crew and time is running out...

As acclaimed sci-fi author Edward R Matherson lays on his deathbed, a bloody battle of wits is taking place in his kitchen over the secret of the universe...

Jamie's life is in turnaround. He's lost his job, he's desperate for love and his only companion is a malfunctioning Alexa unit. She's supposed to make his life easier. But the question is - who is serving whom?

Inspired by cult series The Twilight Zone and Inside No.9, this series of dark comedies is co-written by Daniel Richards and Charlotte Bister (A View from the Edge) as well as distinguished Cornish writers Brett Harvey (Brown Willy, Weekend Retreat) and Jon Welch (Spillikin). Get ready for an anarchic night of hilariously dark theatre! Suitable 14+