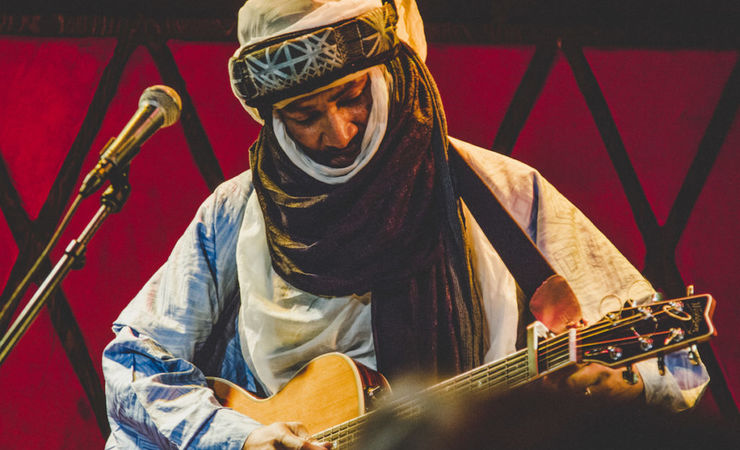 Andy Morgan is a well-known British author, writer and expert of the Sahara and tuareg culture. Alhousseini Anivolla has, for the past eleven years, been the lead guitarist and singer of the famous desert blues band Etran Finatawa.

Together Andy and Alhousseini present a multimedia and musical show exploring Tuareg culture and Alhousseini's life and work between Europe and Africa.

Live music is interspersed with conversation and projected images from Niger, exploring Alhousseini's career and the Sahara/Tuareg culture, with Andy acting as a narrator and translator. 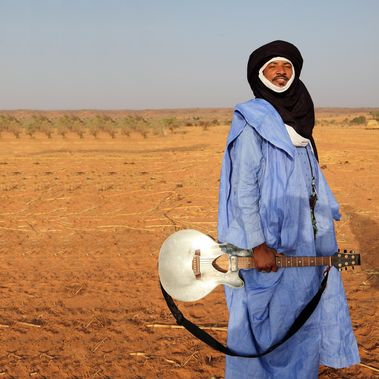 "Alhousseini's debut is in a different league"