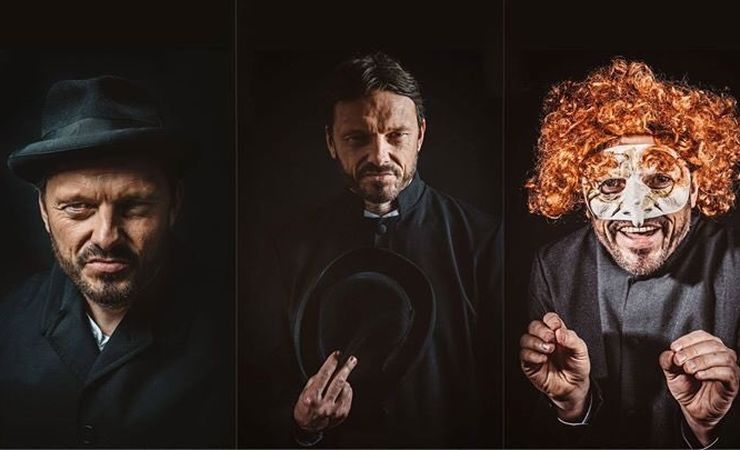 The tragic, funny and often unbelievable life of fiction's most famous Jew.

Is Shylock, the Jewish moneylender from The Merchant of Venice, a villain or victim? Gareth Armstrong's award winning play confronts these stereotypes through the eyes of Shylock's only friend, and the only other Jewish man in the whole of Shakespeare, Tubal. Promoted to centre stage from his minor role in The Merchant of Venice, he proves a born comic storyteller.

Rhodri Miles trained at the Bristol Old Vic Theatre School and has been a professional actor for over thirty years. His solo show Burton toured to critical acclaim, followed by a national tour of Dylan Thomas: Clown in the Moon.

Celebrating the richness of Shakespeare's language and conjuring up a whole cast of characters, from Portia to Pontius Pilate, from Romeo to Max Reinhardt, and from Barabbas to Richard Burbage, this dazzling, moving, often hilarious performance is a fascinating exploration of Shylock and his people. Recommended 8+