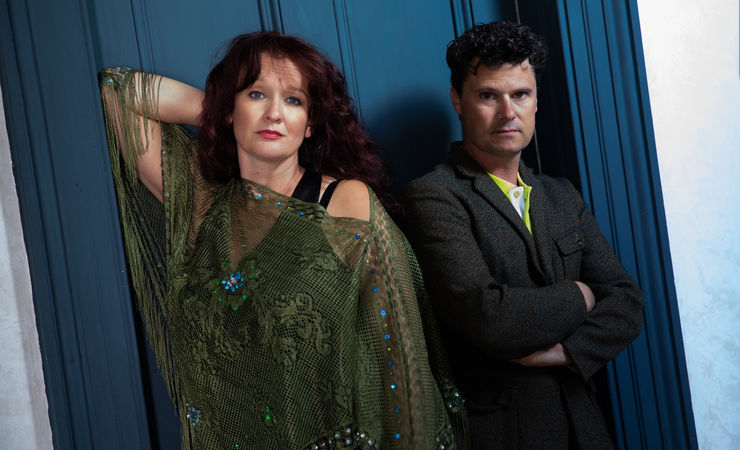 The Dartmoor-based husband and wife have twice won the coveted 'Best Duo' title at the BBC Radio 2 Folk Awards (2016 & 2013), consistently delivering assured, distinctive performances whether live or recorded. Over two decades of performance they have never been trapped in a groove – always bold and innovative, mixing traditional song arrangements with their self-penned material which reels from the bitter to the sweet, the wry to the sad, the political to the passive.

The couple’s intimacy and strength of passion on stage have won them many fans and an enviable reputation as ‘Songwriters par excellence’- (froots),  whose greatly varied original songs cover such subjects as wicked mermaids, Norwegian legends, and a lonely whale.

With a story that includes over 20 years of music making with the likes of Seth Lakeman, Cara Dillon, Levellers, Kate Rusby and Show of Hands, Kathryn Roberts and Sean Lakeman have consolidated themselves as pillars of modern British folk. Artsreach, Dorset’s rural touring charity are excited to welcome this outstanding duo back to Dorset.

An Update on Attending Rural Touring Events by Artsreach

Our community volunteers, audiences, funders and sponsors have been simply fantastic during these difficult times, and we thank everyone for their support and encouragement as we resume our indoor programme of live performances this winter.

We want to let you know that your comfort and safety continue to be our top priority, as well as your enjoyment of course. As such, we have created a simple information document about our indoor events and venues, which we will monitor and update throughout the season as required. Read our latest information document here