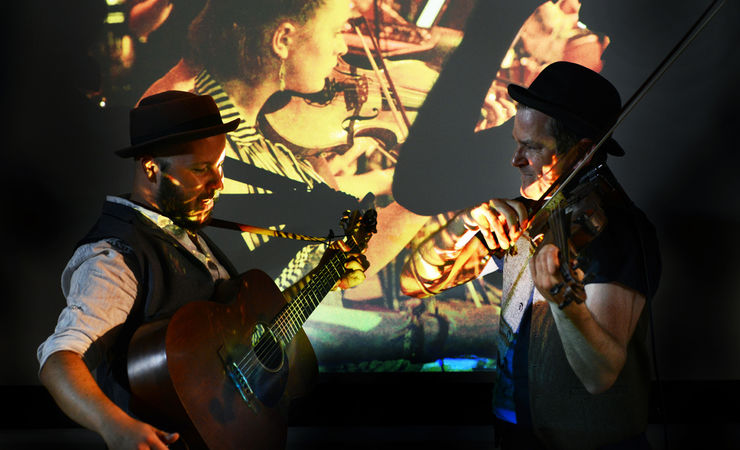 The People's String Foundation is an army of bohemians and vagabonds hailing from the grass roots of British music culture.

Mixing world, classical and urban styles, this Cornish band is fronted by the virtuoso violinist Ben Sutcliffe (Rogue Theatre, Kneehigh and the Minack Theatre) with co-founder and composer Zaid Al-Rikabi at the core.

Their brand new musical touring show Res Publica packs presents the live duo alongside a 32 piece virtual gypsy orchestra, inviting the audience on an incredible journey of discovery. Using music, puppetry, cinematography and animation all set to the backdrop of the virtual orchestra, recorded at The Hall for Cornwall in 2018, Res Publica is a unique project that combines many art forms to create an immersive and exhilarating show.

The second half of the show offers the audience the chance to hear The People's String Foundation's most popular songs and compositions from their time working as musical directors for companies such as Kneehigh and Rogue Theatre and The Minack Theatre.