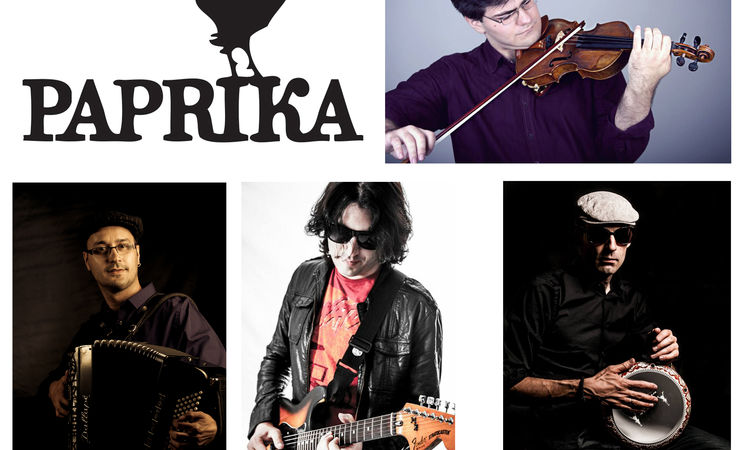 This event has now finished

Paprika is the UK's leading Balkan band. This electrifying group fuses together Eastern European, Balkan, Gypsy and Classical music in a whirlwind performance of frenzied virtuosity. Fiery melodies and foot-tapping rhythms are interspersed with lilting laments in high-energy sets. Specialising in bringing rare or lost traditional Balkan music back to life, both the curious listener and the well-versed aficionado are sure to enjoy a host of surprises and fast-paced entertainment.

The band released their eponymous album in 2011 and have performed all over the world, from New Zealand to Japan, including Womad and Glastonbury festivals and prestigious venues such as the Royal Albert Hall and the Sydney Opera House. For this tour the lineup features Zivorad Nikolic (She'Koyokh) on accordion, Vladimir Strkalj on guitar, Marko Tesic on violin and Rastko Rasic on percussion.