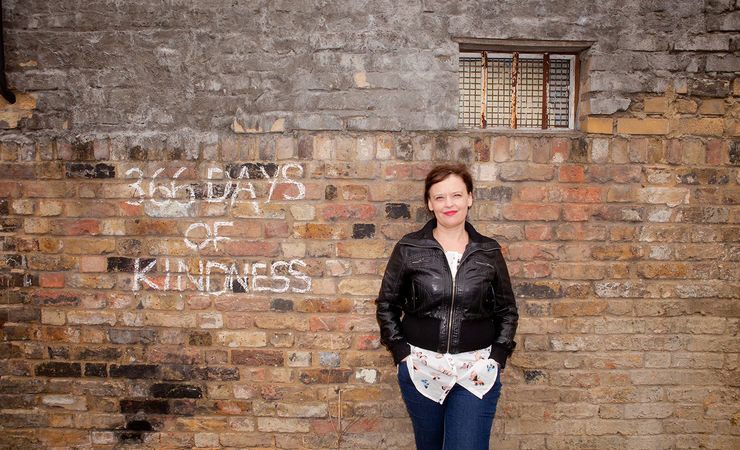 On August 18th 2011, in response to the UK riots and after a chance encounter in a post office, Bernadette Russell embarked on a reckless mission to be kind to a stranger every single day for a year.

This show, part stand up, part storytelling, charts this amazing year, which began with burning buildings, and ended with the flame of the Olympic torch. It attempts to answer the question: "is it possible to change the world just by being kind?"

You might laugh. You may cry. You could win one million pounds (really).

Bernadette Russell is an author and performer who lives and works in Deptford. She has created work for the National Theatre, Southbank Centre, Birmingham Repertory Theatre, Thames Festival, National Trust, English Heritage, BFI and LIFT Festival amongst many others.

Touring with the Inn Crowd
Suitable 14+