Photographer Ben Osborne recorded his journey of the Dorset and East Devon Coast, culminating in a stunning exhibition that toured venues across both counties.

The Jurassic Coast was England's first natural World Heritage Site, a stunningly beautiful canvas of unique coastline representing 185 million years of earth history in just 95 miles along the Dorset and East Devon shores. This magnificent tapestry of beaches, bays and cliffs depict the Triassic, Jurassic and Cretaceous periods and clearly illustrates mass extinction events, past climates and the rise and fall of the dinosaurs.

Ben Osborne is best known for his specialised, award-winning wildlife and landscape photography, often in remote and inaccessible parts of the world, shooting production stills for many wildlife TV series such as Life in the Freezer and Planet Earth, working with the BBC Natural History unit and Sir David Attenborough.

Artsreach and Villages in Action commissioned Ben to record a photographic journey of the Dorset and East Devon Coast which culminated in a stunning exhibition that toured rural venues across the two counties. 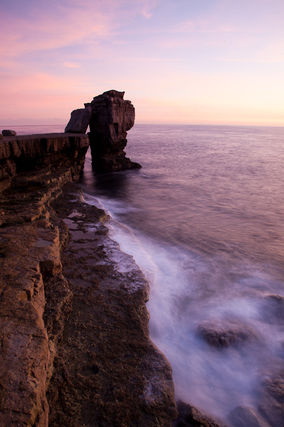 This exhibition brought together Ben's exploration of 'Deep Time'; of the extraordinary geology underpinning the landscape, how nature has invaded it, and the human story of the ways we have moulded and used the coast. Ben travelled with three other artists, poet Matt Harvey, musician Sammy Hurden and sculptor Lal Hitchcock, each creating works to form the touring exhibition Deep Time.

Toured to: Nether Compton, Morden, Sturminster Newton Exchange and Cerne Abbas between 17 September – 30 October 2011. It was then resident in Devon before returning to The Malthouse Lyme Regis from 4 - 7 May and Durlston Country Park from 23 June – 27 August 2012.

Workshops included: a variety of photography sessions plus singing workshops with Sammy Hurden

Artsreach & Villages in Action are very grateful to The Heritage Lottery, Dorset AONB and Friends of Durlston for providing other funding to make this element of the Jurassic Journey project possible.